September was another interesting month on Prince Edward Island, with the number of homes sold totalling 185 units. This was down almost 27.5% from last year, the second month in a row with an almost 30% drop.

New Listings added to the Prince Edward Island MLS® System totalled 327 in September, up 7.6% from this time last year which is a great sign for inventory numbers. 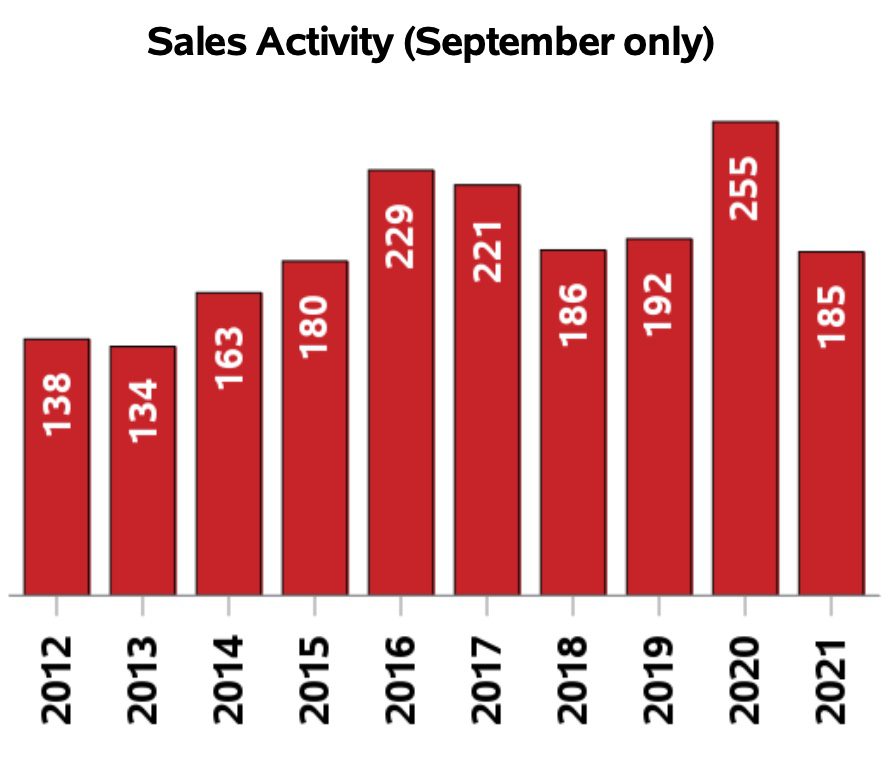 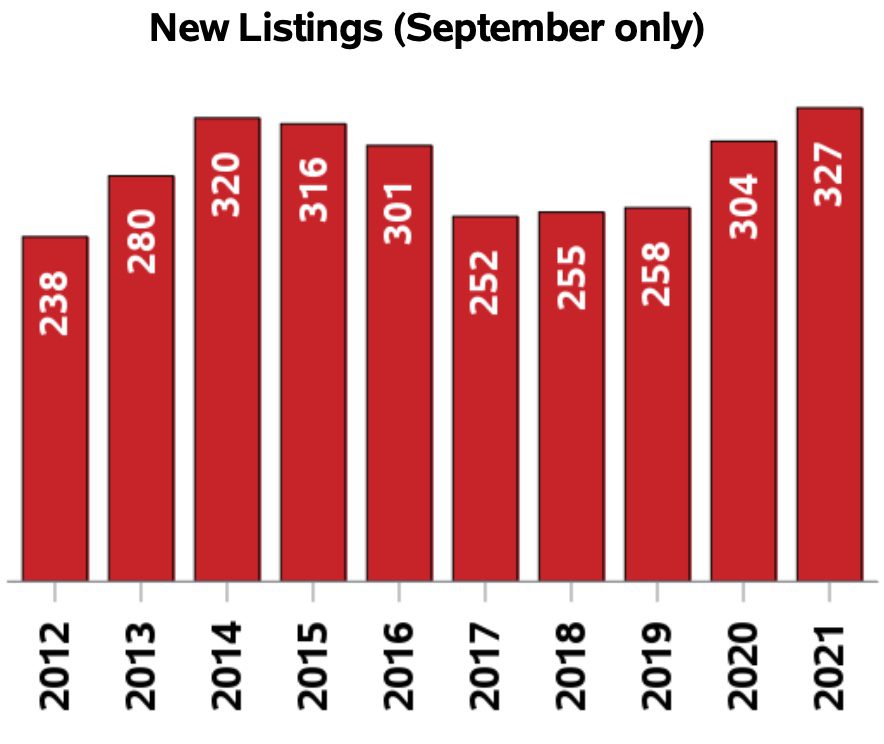 As of the end of September there were 758 homes for sale on PEI. This number is positive for the first time in a very long time as far as inventory goes, up 7.1% showing inventory has actually increased year over year.  This is slightly above last September’s 708 but still very low historically as you can see from the chart below.

There were also 4.1 months of inventory available at the end of September. This number counts the amount of time it would take to sell those 758 listings based on historic trends and how fast the market is moving. 4.1 months is also well below the historic average for PEI but quite a bit higher than the 2.8 last year! 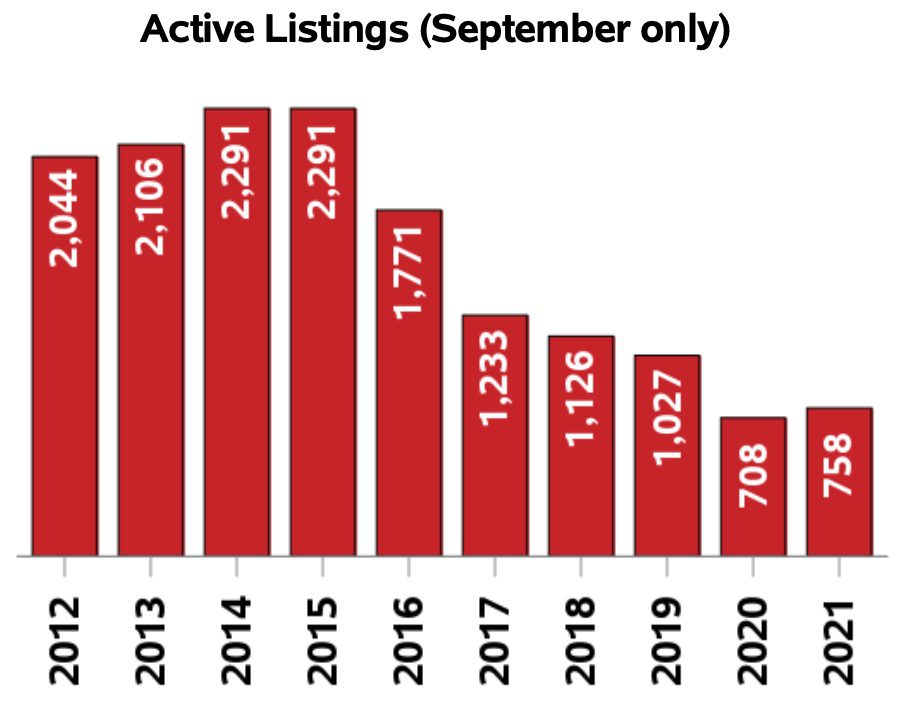 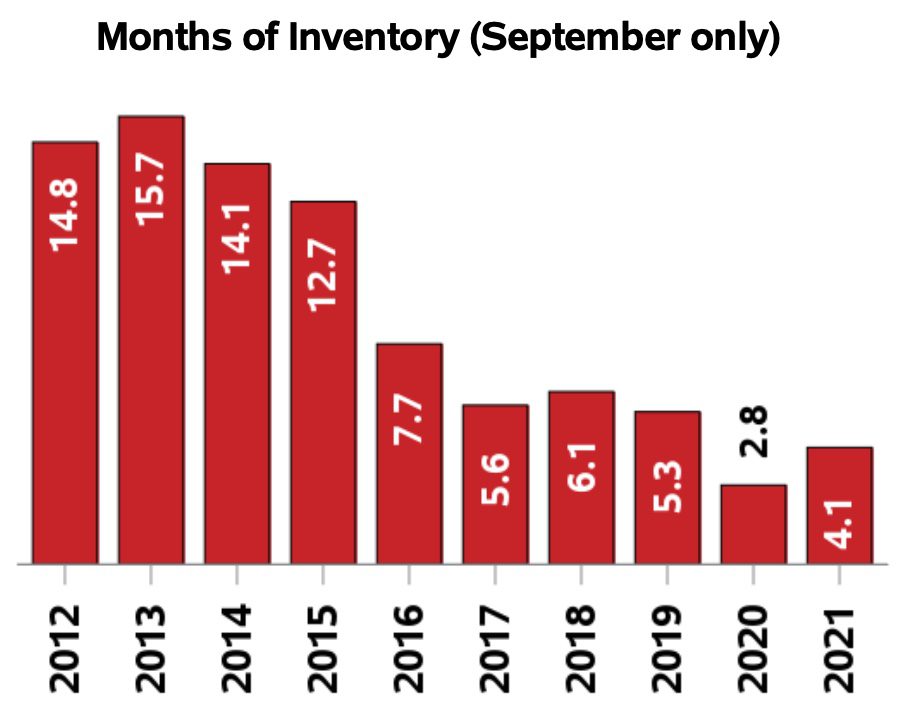 Finally the average home price on PEI in September 2021, which stood at $335,202 an increase of 13% from last year and a very slight decrease from last month!