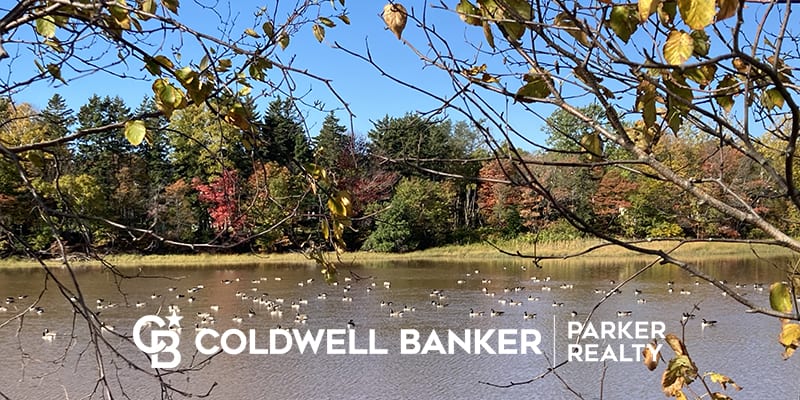 Residential sales stood at 239 units for September 2020. This was a record for the month & up 24.5% from 2019! It was uncharted and unknown territory earlier this year during the shutdown, no one really knew how things would pan out, but so far this year 1,555 homes have been sold which despite COVID factoring in is still up 4.6% from 2019.

As for new listings they totalled 294 in September, which was also an increase on last year at the same time but down from August which saw 349. This number is about average though as you can see from the charts below. Despite this however inventory remains very low, due to high demand and not much existing inventory. 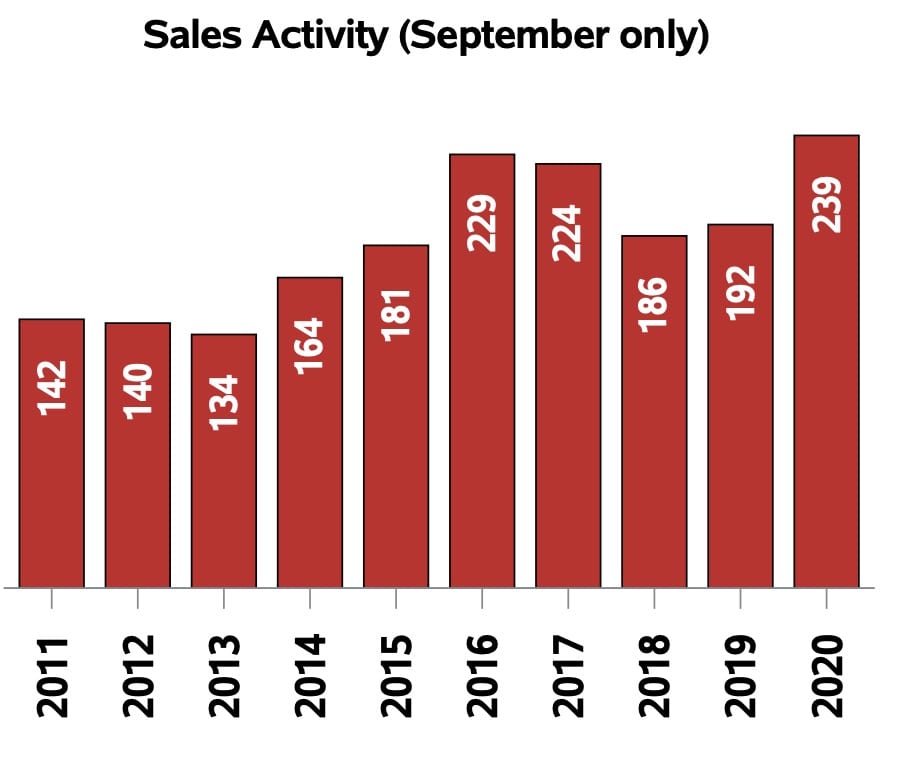 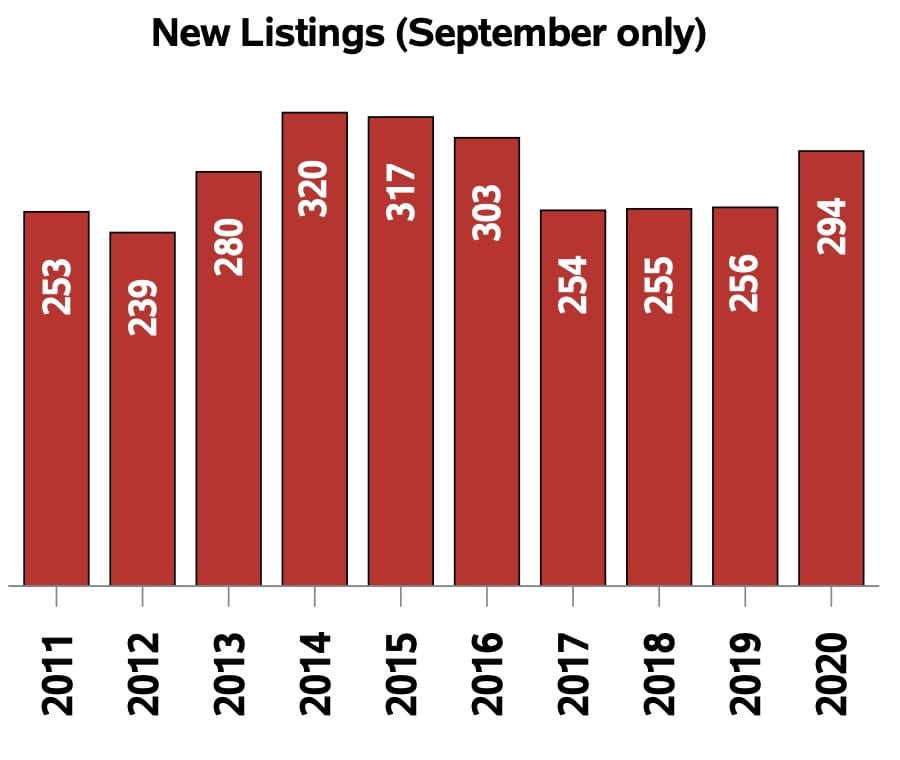 At the end of September there were only 711 active residential listings on Prince Edward Island. This is down both from August (778) and from last September (1024) and continues a steady march downward of inventory on the Island. This is the major factor driving the busy market and the average home price climb which we’ll touch on later. Even though it was a very unusual year the market has been very active.

A related statistic to active listings is the “Months of Inventory” which is basically a calculation of how long it would take to sell everything that’s left on the market given how fast properties are selling combined with how many are left on the market. This is down from last year (5.3) and far below the average which is almost 10 months! 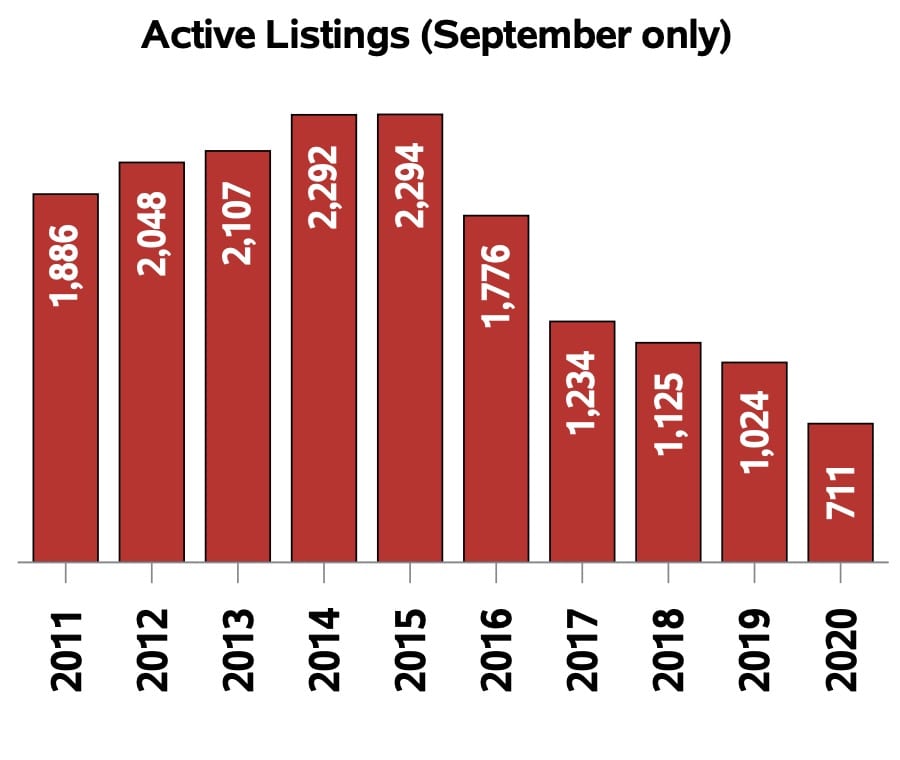 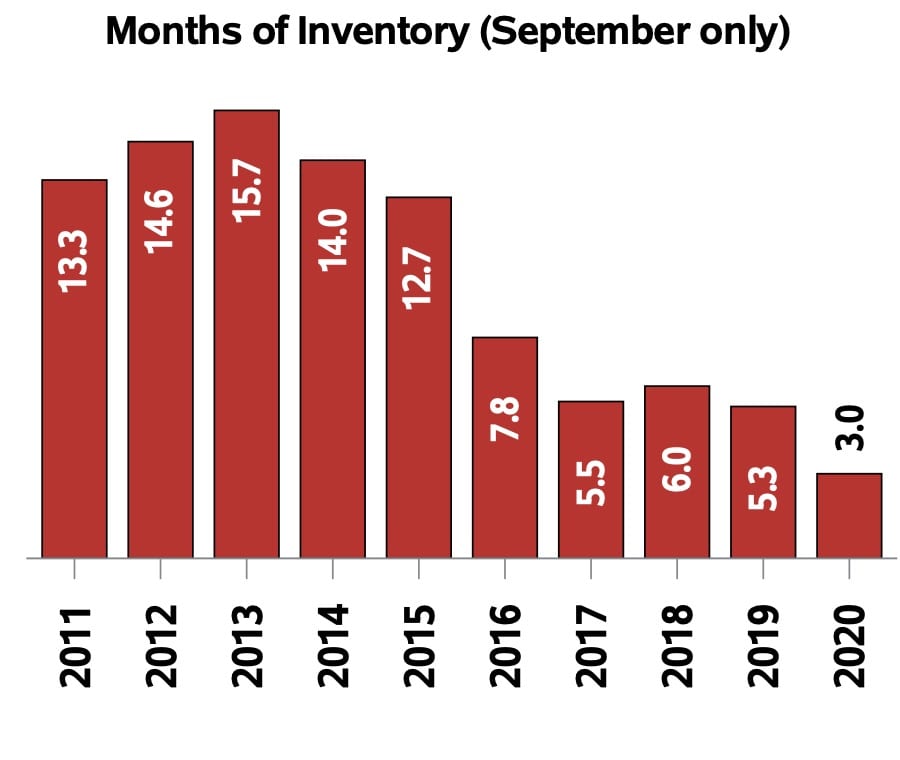 Finally the average price as of the end of September is $297,290. This is a both a new record for September and a new one for PEI real estate in general. This is up 18% from last Sept. And on a related note the year to date average price is a little lower at $274,619 but that is still up almost 18% also.

We should continue to see this increase in demand

That’s all for now! See you next month!