October was another strong month for real estate sales in Prince Edward Island, though the market is starting to slow a bit as it does this time of year as we head into late fall. Residential sales stood at 199 units in October which is about even with last year but also slightly above the 5 & 10 year average for sales this time of year. It was also tied with 2002 for the second best October on record.

244 New residential listings were added in October as well. Up a slight 9 listings from last Oct. This was the largest number of new listings for the month in 5 years but that has not helped supply much. 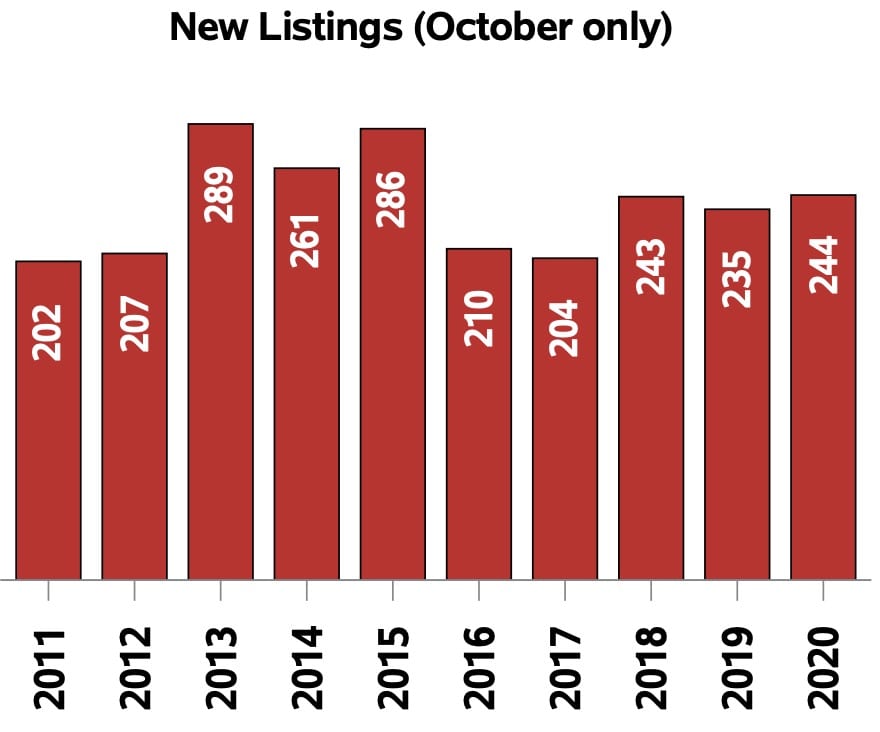 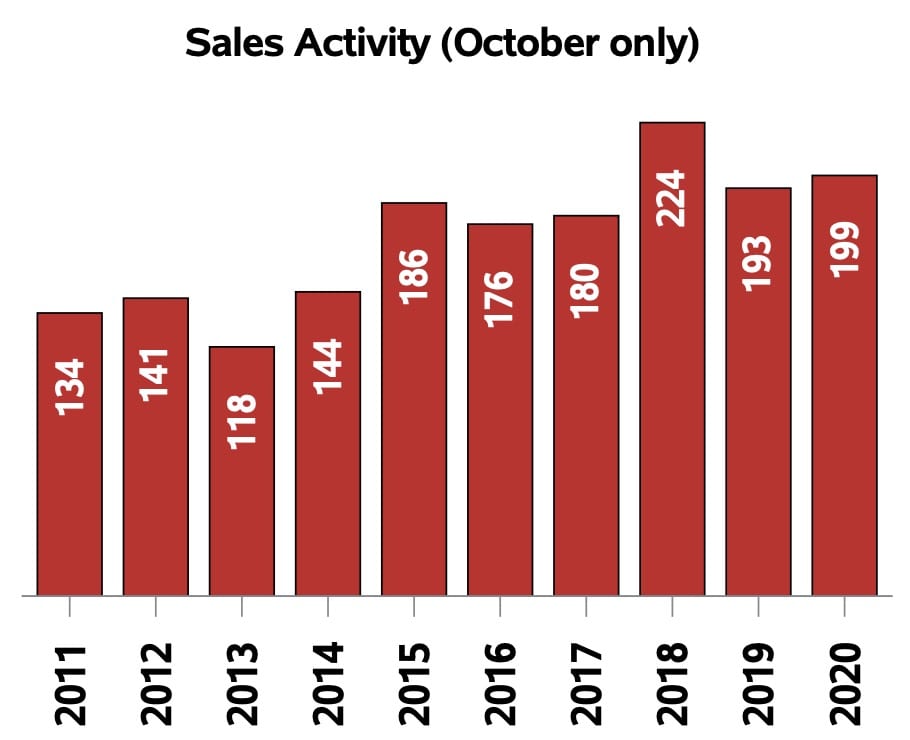 Supply remains incredibly tight, at low levels not seen in over 15 years. Only 661 active residential listings were on sale on PEI at the end of October. To put that in perspective in 2015 that number was 2,126, and no that’s not a typo. There were over 3 times as many listings. Between 2019 and this year supply for October dropped 30.5%. Wow. Anyone wondering why the average home price has reached the levels it has on the Island look no farther than the supply numbers.

There was also 3.3 months of inventory left at the end of the month. That’s the number of months it would take to sell those 661 listings based on how fast things are moving at the moment. The average is 9.7 and this is another number that has dropped to historic lows. 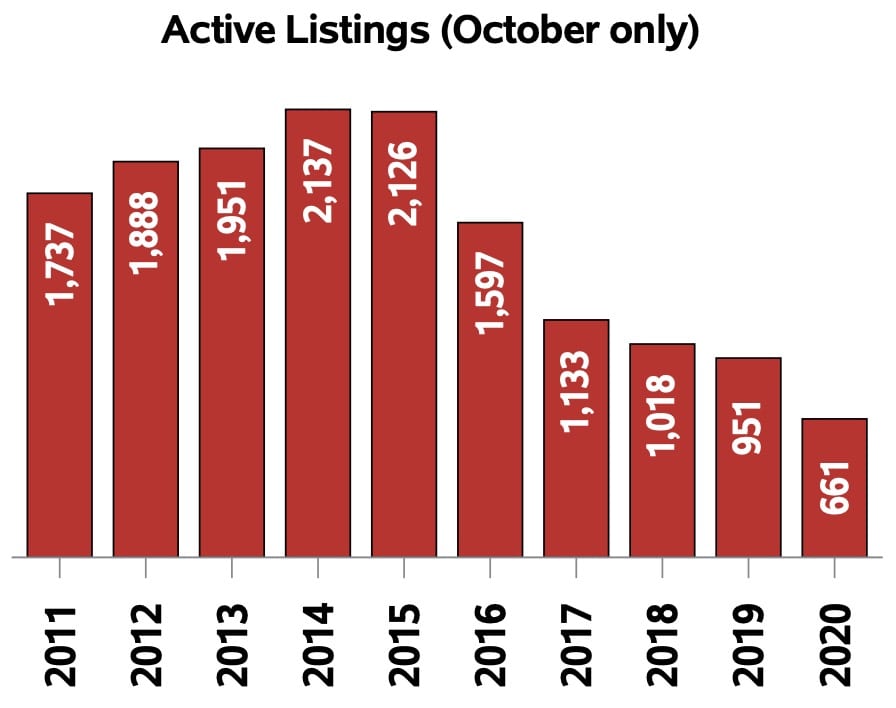 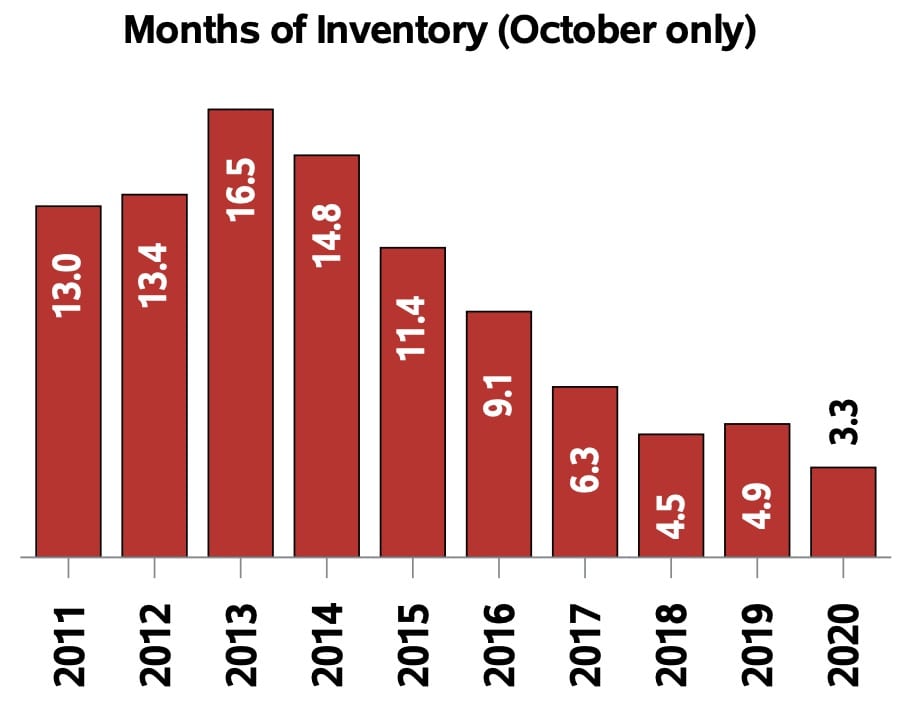 A final thought is to bear in mind that the average price is driven up traditionally by the urban markets here on PEI as in other places in Canada so rural properties generally have a substantially lower price.