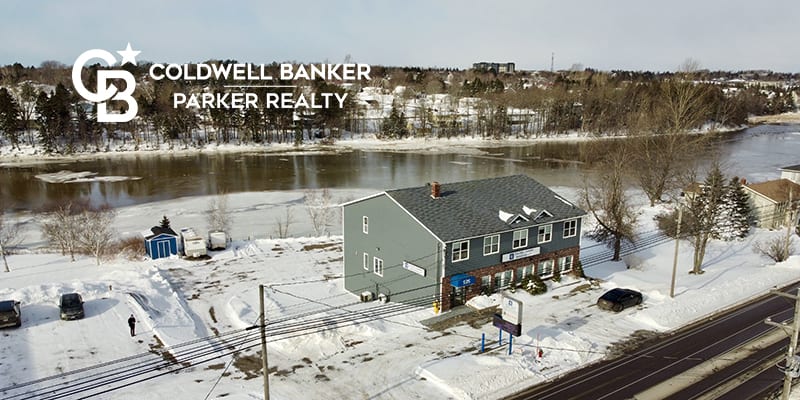 The first statistics of the new year find us in a similar position to late last year, our low inventory is being magnified with the onset of winter which is traditionally a slower time of the year for real estate. Sales of homes in January totalled 134, this is up noticeably from Jan last year when 111 homes were sold in the month. Shows strong demand is still present despite the colder weather. On the other side of that coin 145 new listings were added last month, this was ⬇️ 18.5% from last year when 178 were added. 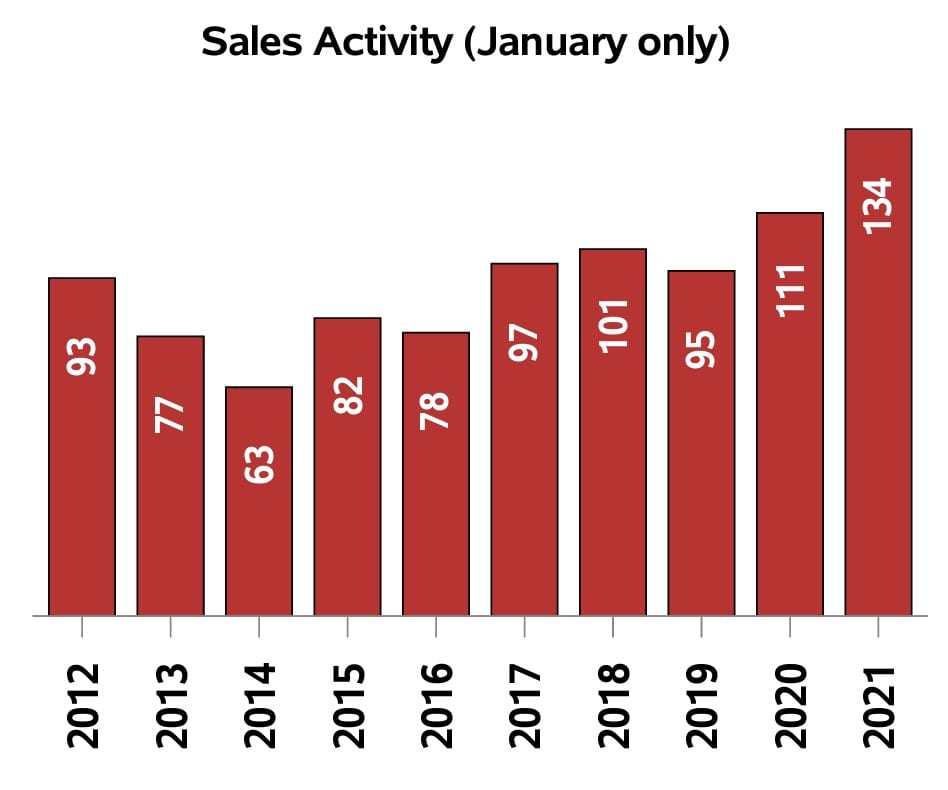 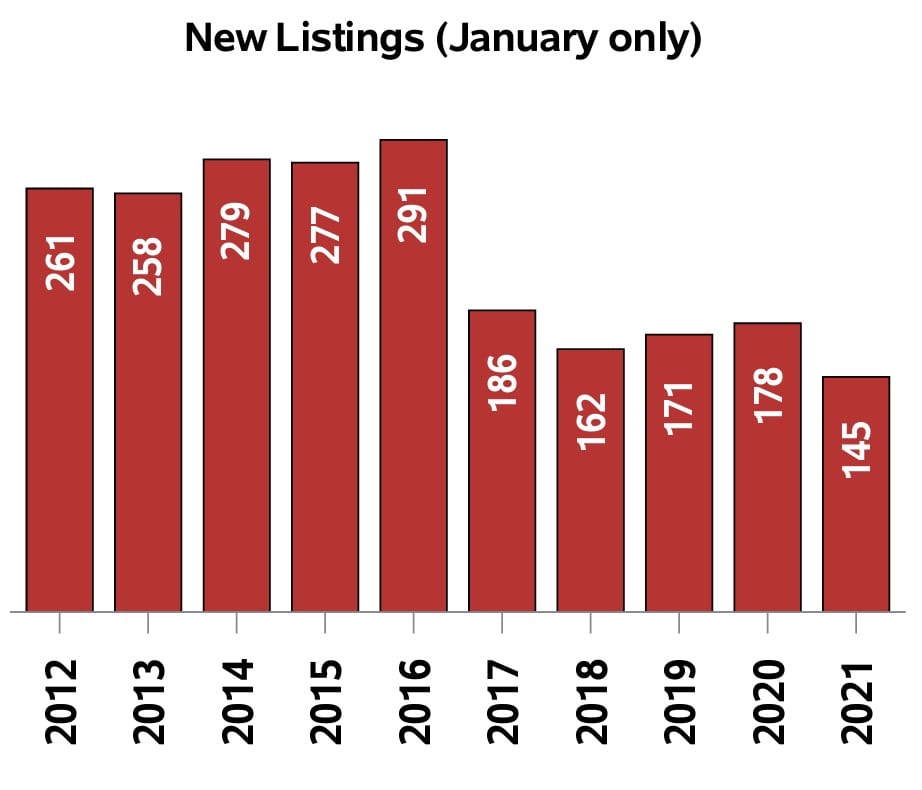 We know we’re starting to sound like a broken record at this point but low inventory remains a critical problem that is the primary driver of higher average prices on PEI. As of the end of January there were only 469(!) home listings. ⬇️ Down nearly 30% from last year when there were 668 and as you can see from the charts below well off the high in 2015 of 1,746 that year. For those that have followed the market on PEI for years and even those who have not this is quite an incredible number. Related to that number there are 3.5 months of inventory remaining: That is the amount of time it would take to sell those 469 listings. This is all further complicated by the fact that many buyers off-Island are looking to move here sight unseen in a lot of cases, driving up demand farther during the pandemic. 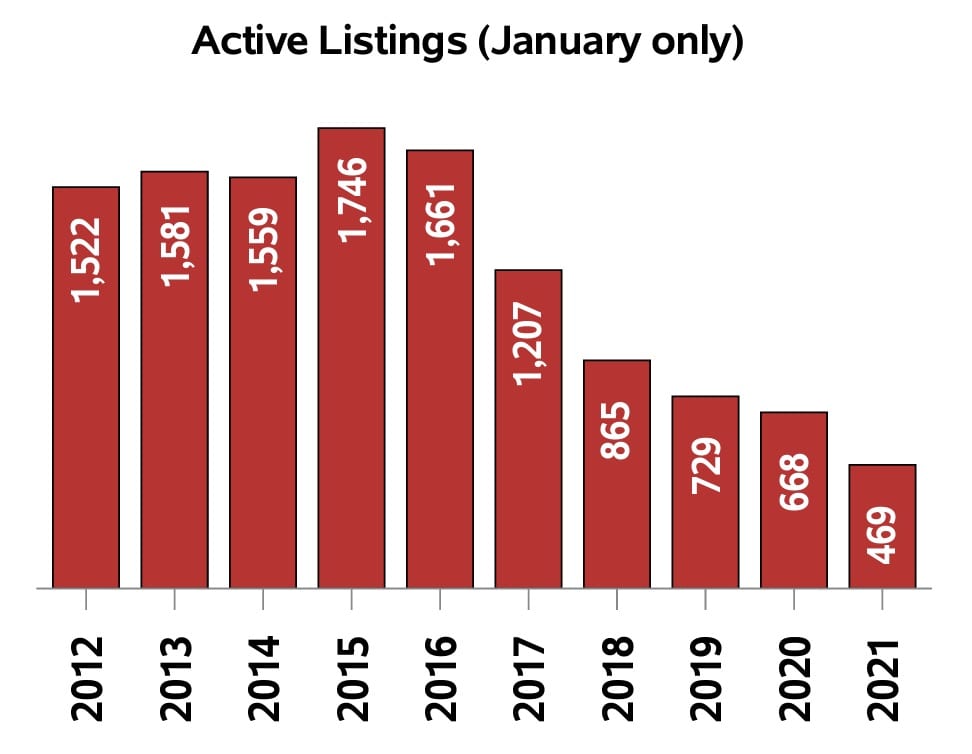 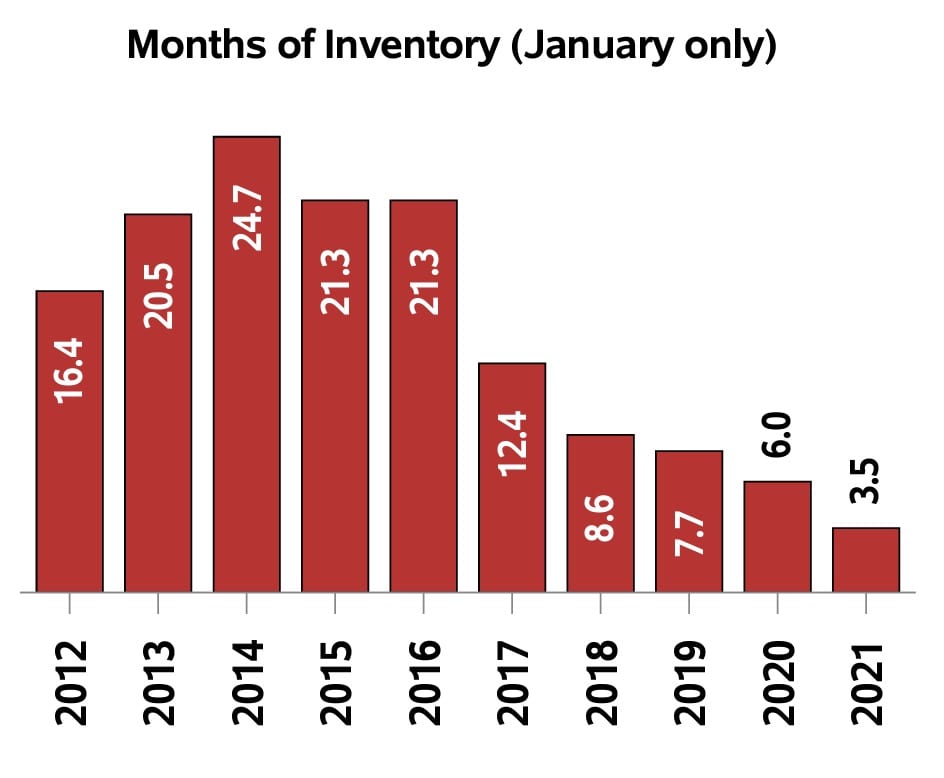