So the real estate market was interesting in August on Prince Edward Island, with the number of homes sold totalling 203 units. This was down almost 30% from last year, though on a year to date basis a total of 1,627 units were sold which is up 23.4% from 2020. This remains a record.

New listings saw a small decline of 14 units from August 2020, as 345 new homes hit the market in August. This was only marginally above the 5 and 10 year average for the month. 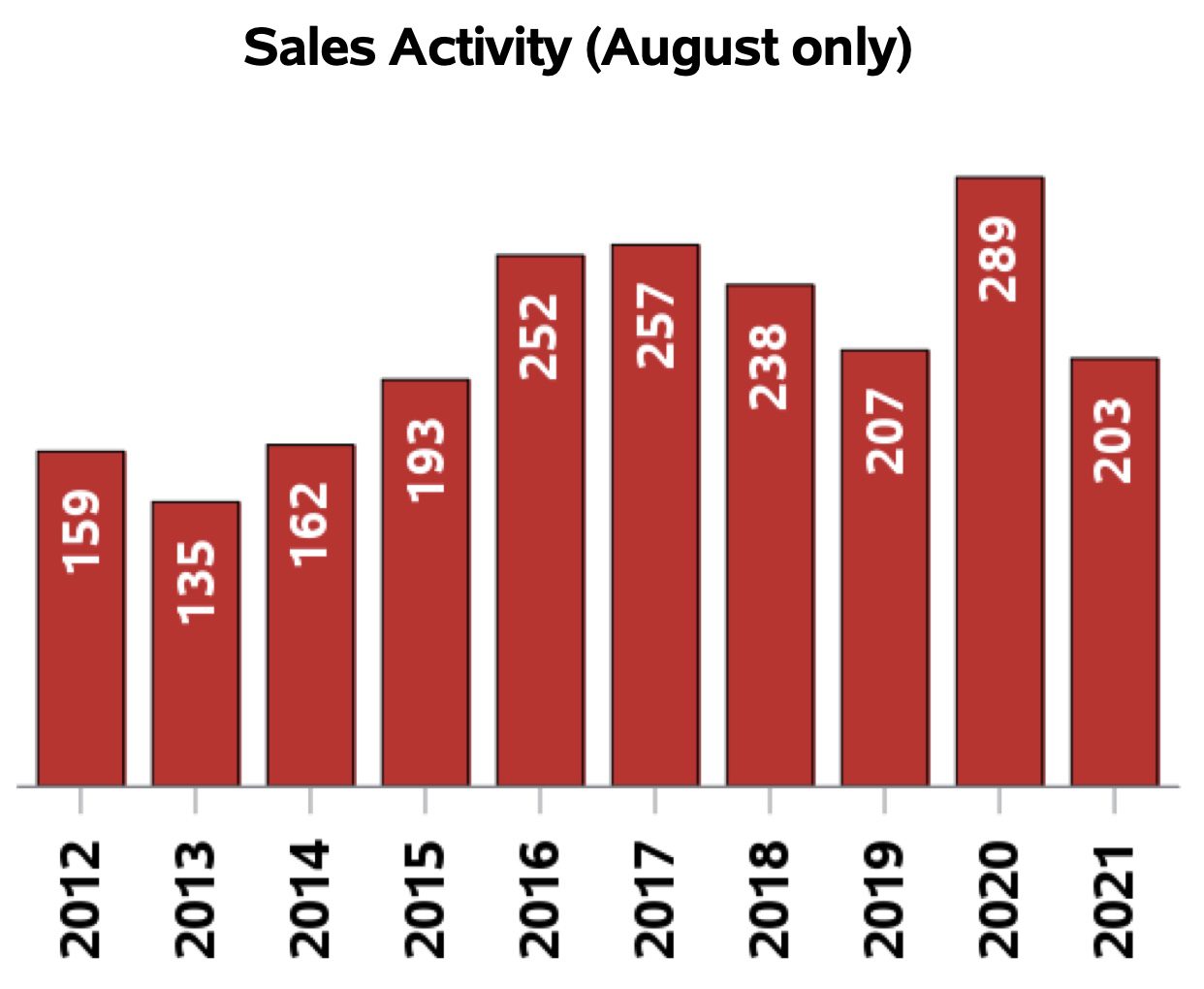 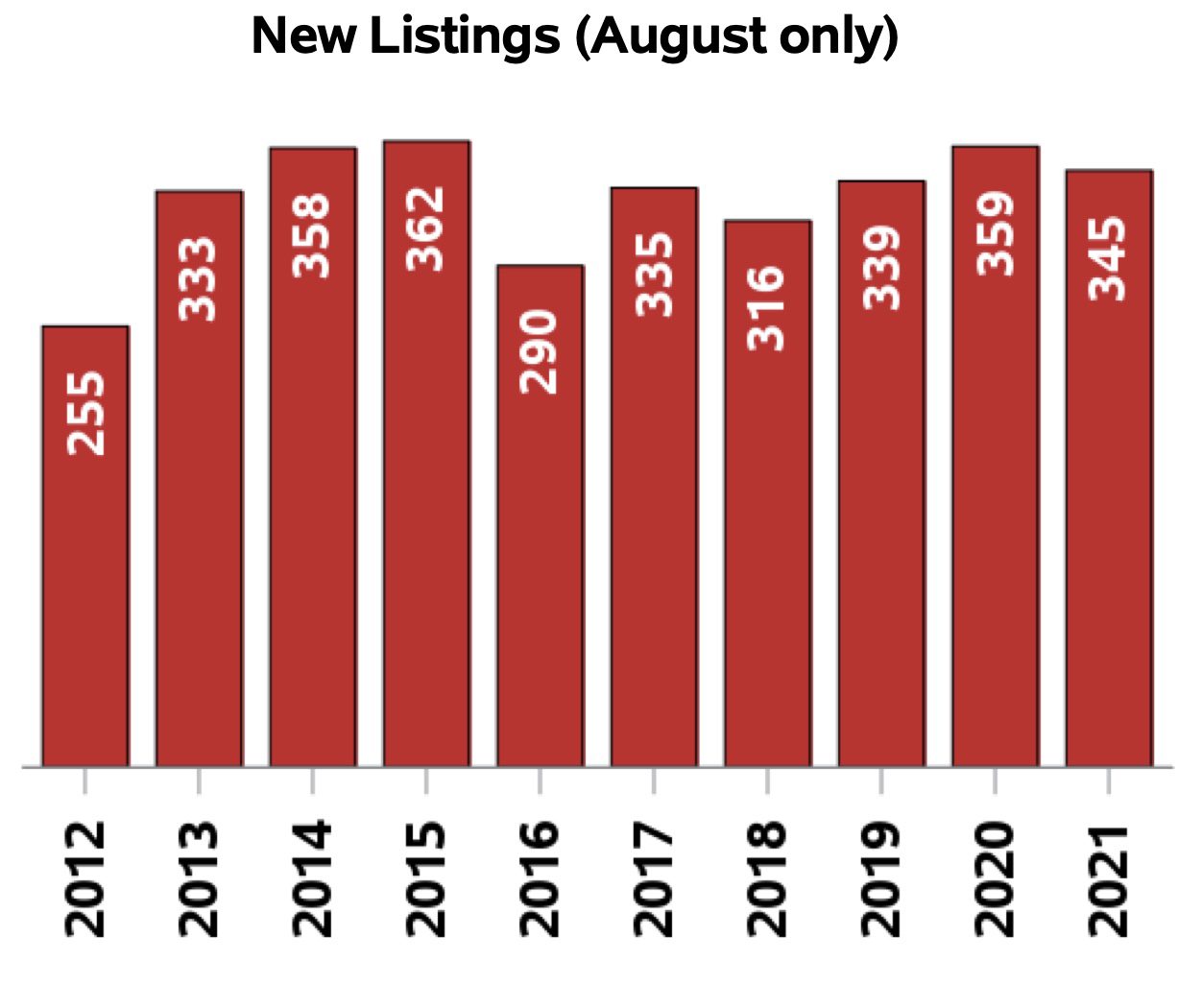 As of the end of August there were 722 homes for sale on PEI. Down about 4% from last year, but continuing a tight supply trend. Active listings haven’t been this low in the past 15 years. Which has contributed to the increase in average price we’ve seen on the Island. Active listings were 54.8% below the 10 year average for August!

There were also 3.6 months of inventory left at the end of last month. In other words if nothing else came for sale on the market it would take about that long to sell off everything we have for sale. For perspective the average is about 8.5 months. 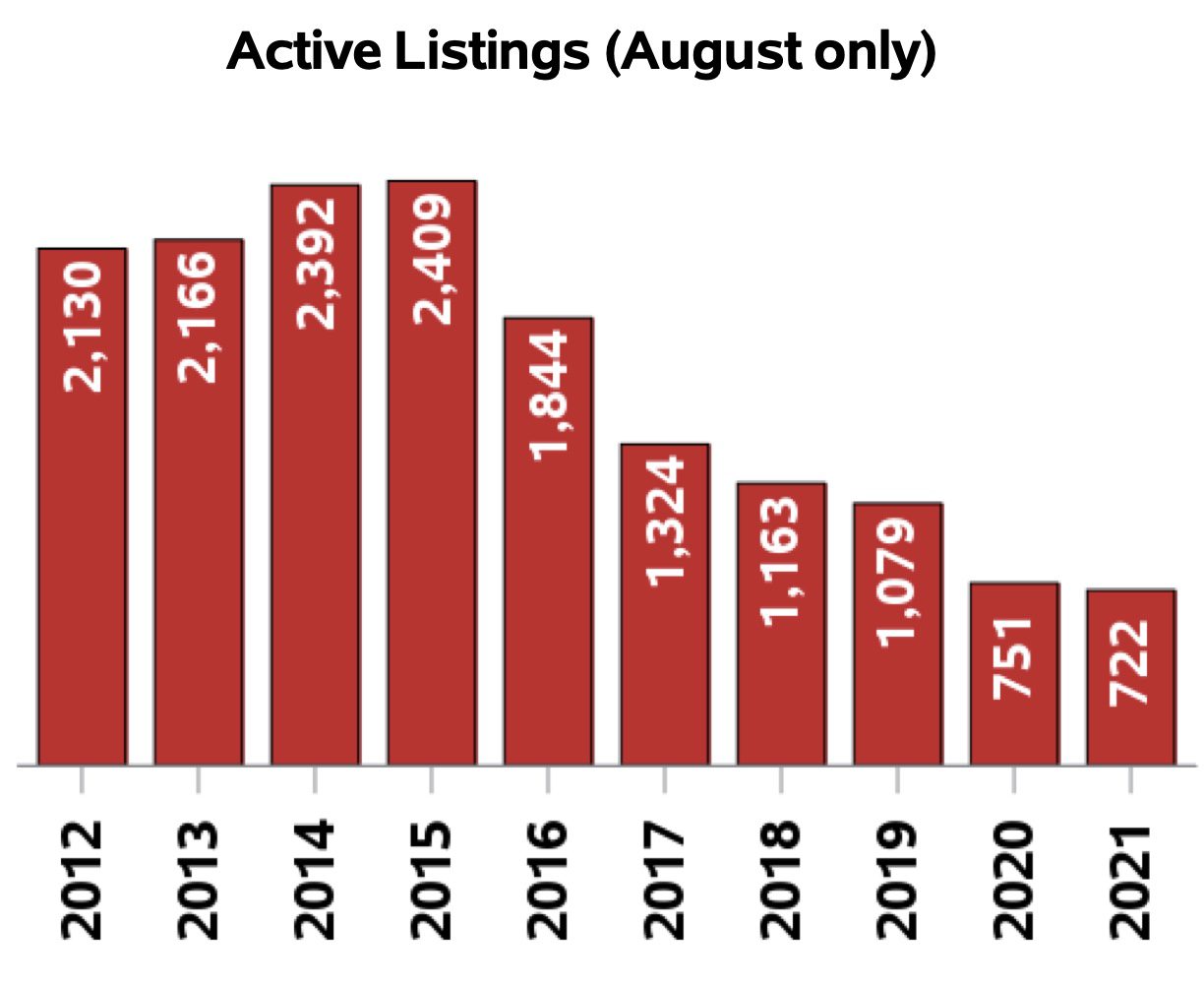 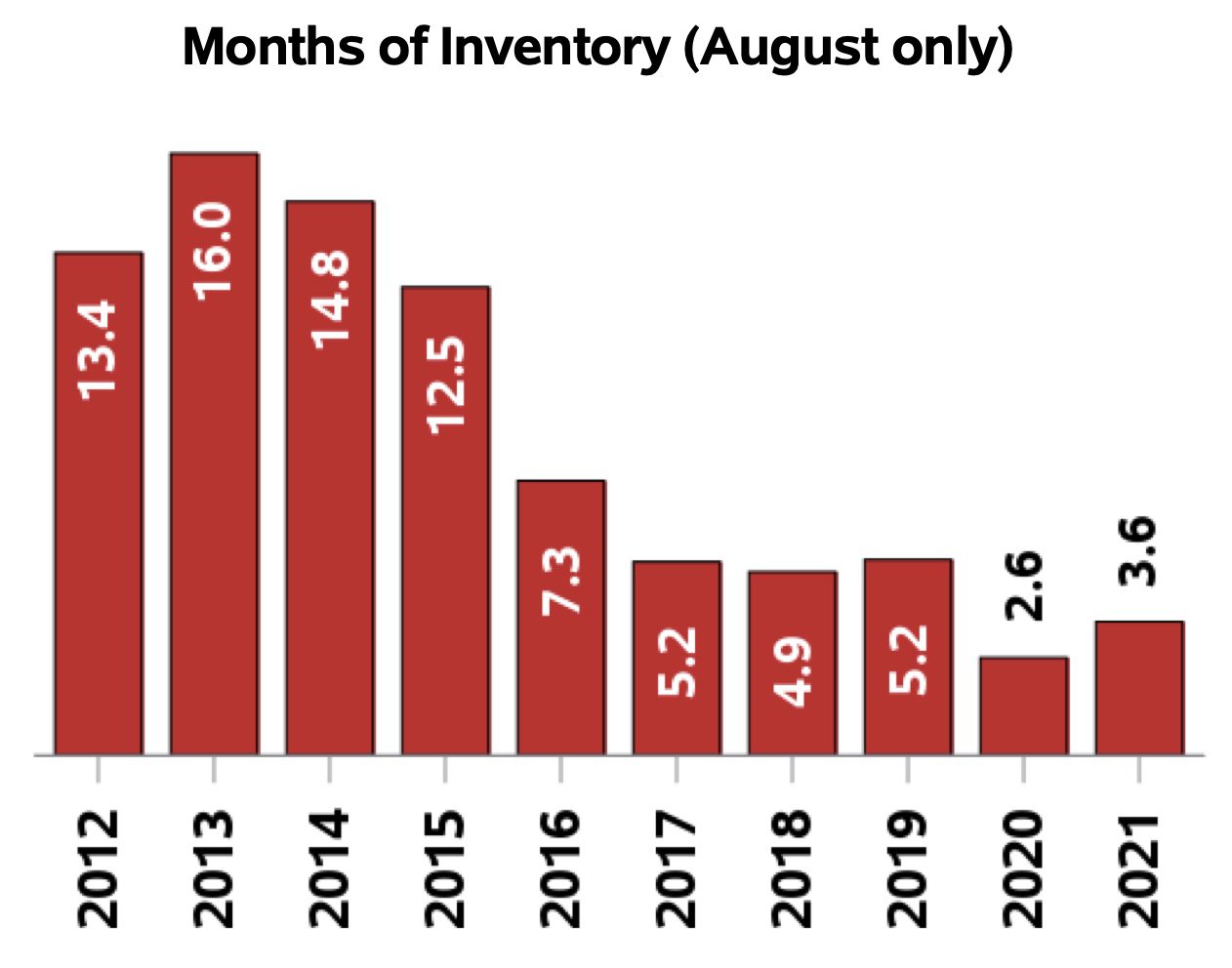