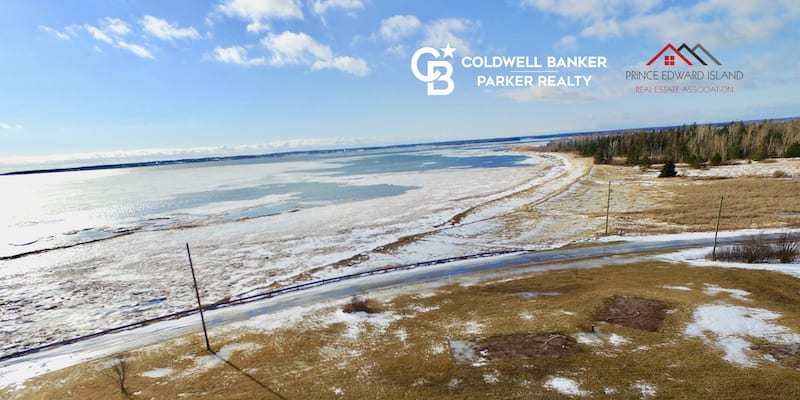 The year end PEI Statistics are out courtesy the PEIREA & CREA. It was a busy year, with lots of transition in the PEI Real Estate market in terms of changes to regulations and immigration.

Home sales totalled 1,914 units in 2019, that’s down 7.3% from 2018. This is one of the better recorded years ever but is showing a downward trend. A big factor in this downturn though is likely the inventory issue – a record low number of homes on the market persisted throughout the year though the demand remained stronger than the supply.

As of the end of December, there were 653 homes for sale on PEI. That’s a decrease of 13.4% from the end of last year. Supply has been at historic lows for the last several years and remains at the lowest levels since 2003. This factors into the “Months of inventory” number, which is the time it would take for all listings that are on the market to sell if nothing new were to appear and no one else decided to sell their homes. That number stands at 6.2 months as of December, a 16-year low. It was 7.5 last December. 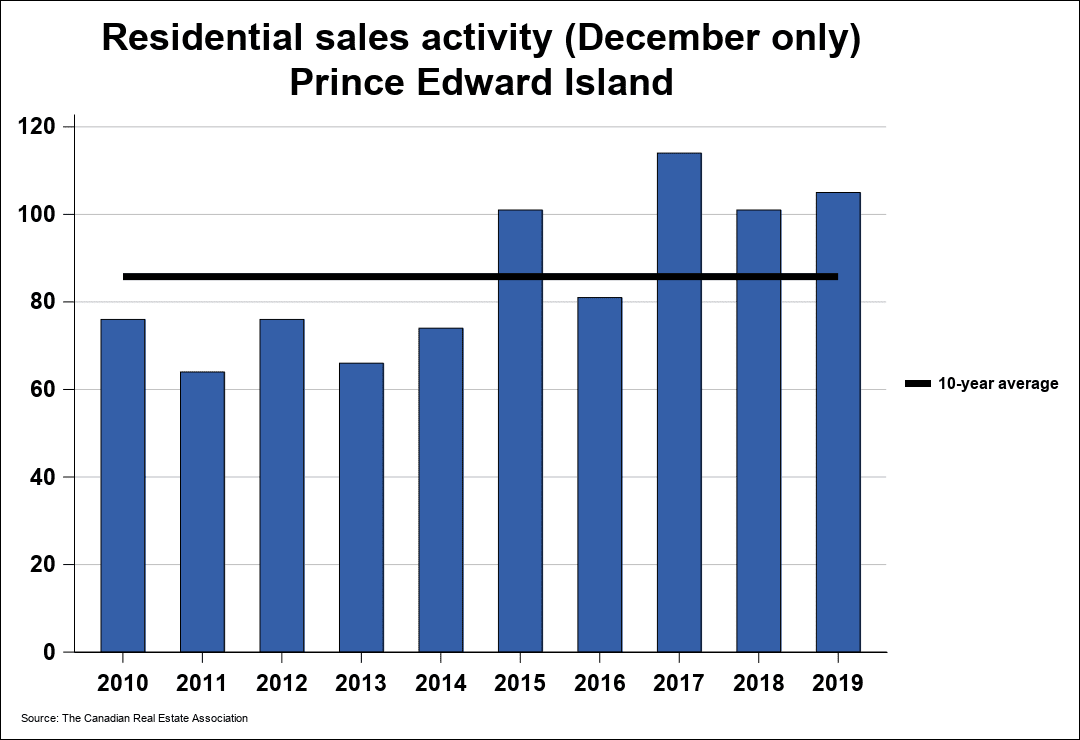 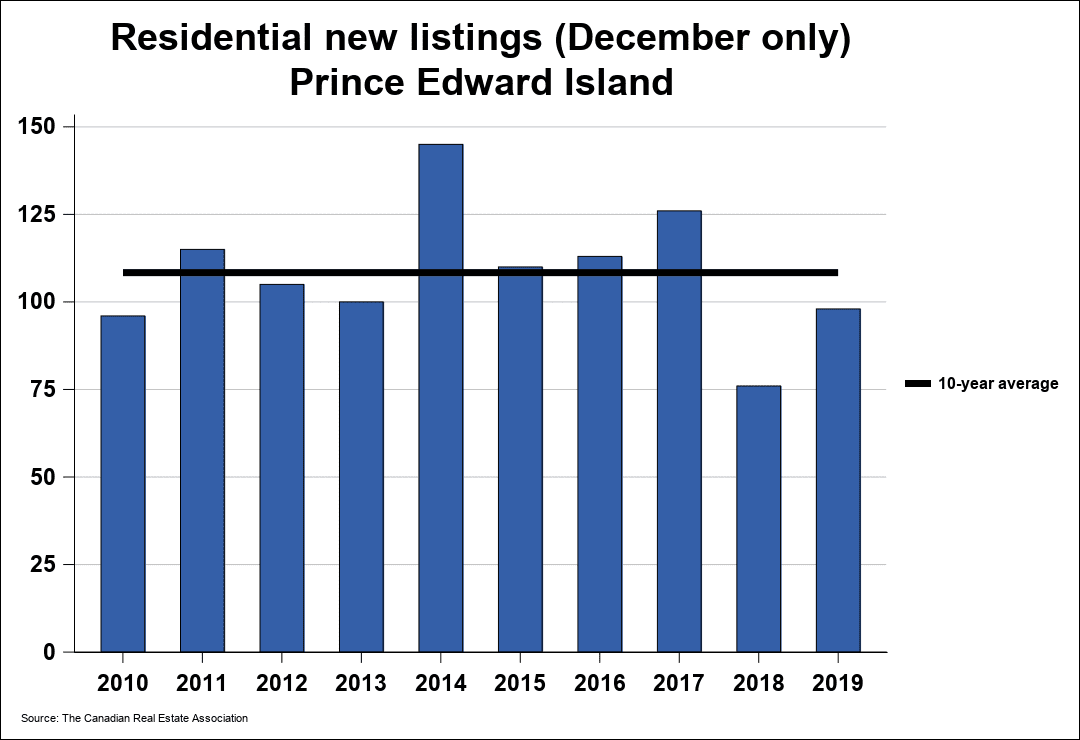 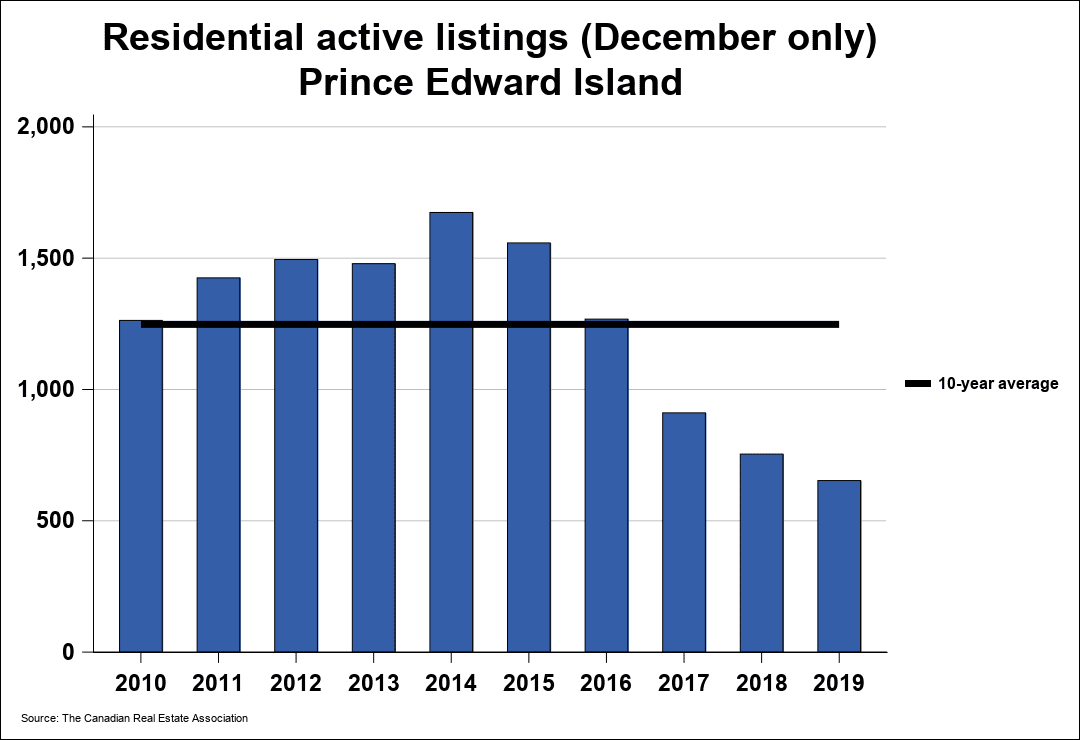 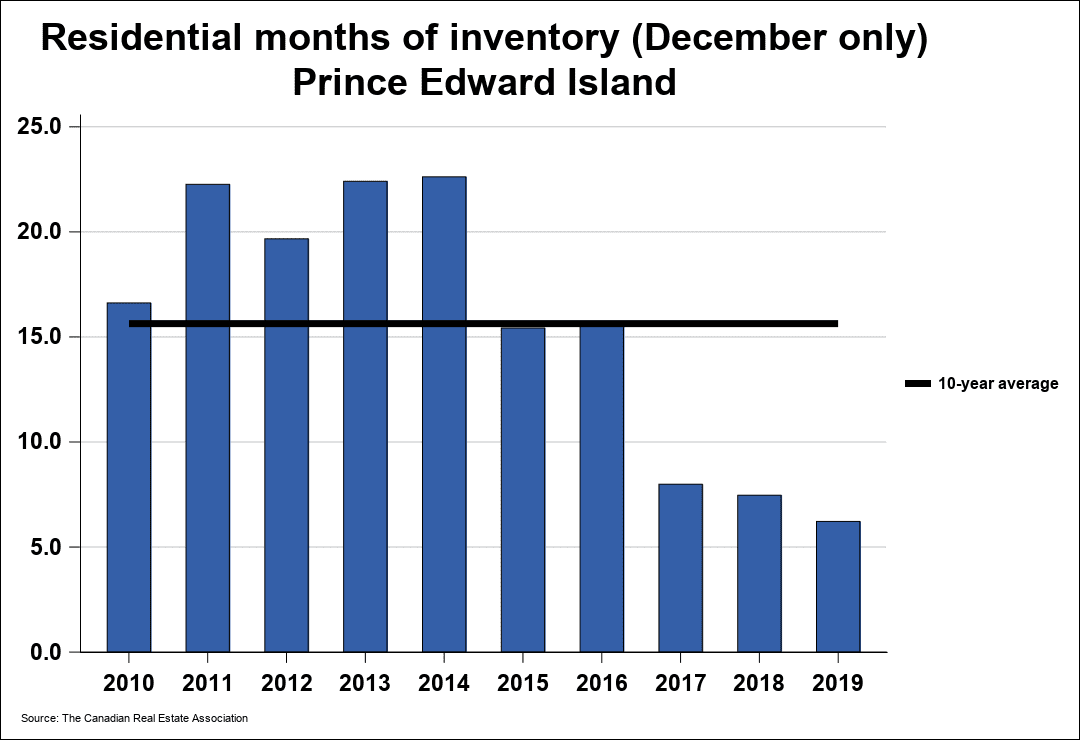 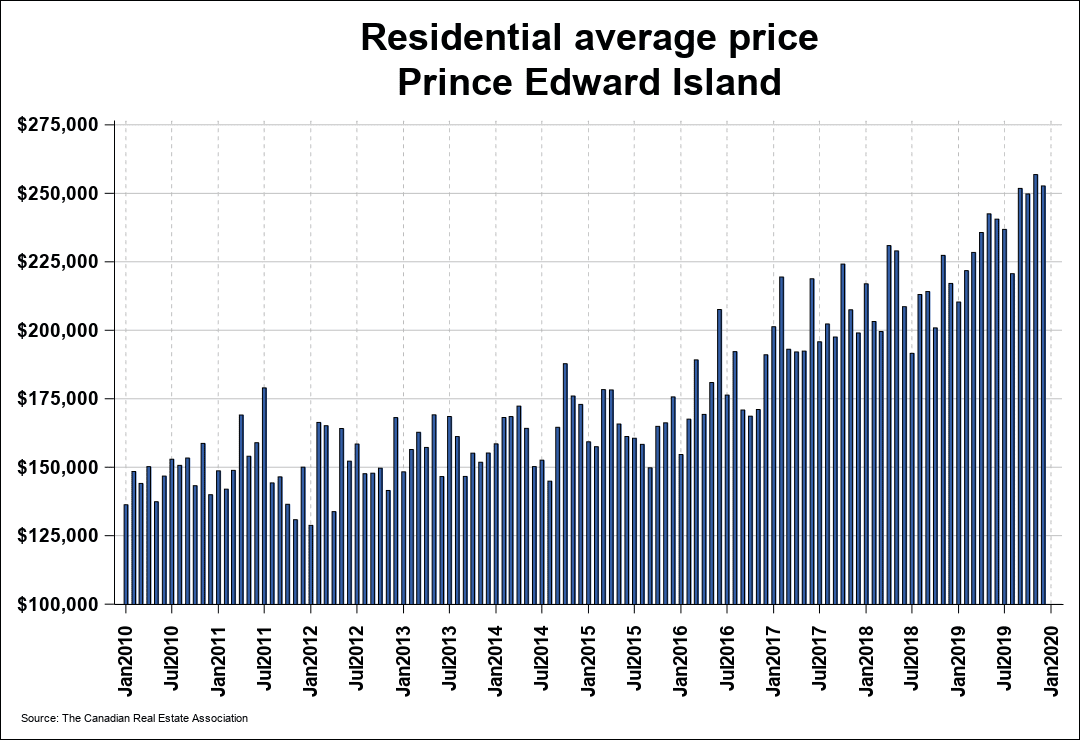 There were 105 homes sold in the month of December: Up 4% (4 sales) from last year. And the second-highest December in 18 years. On the other hand there were only 98 new residential listings for the month, which was a big increase from last December which saw a very low number of new listings. Possibly weather related as we had a great month for weather this year compared to last December which was snowy for the whole month.

The average home price for the last month of the year was higher than the year-long average at $252,693, a big jump of 16.4% from last December. 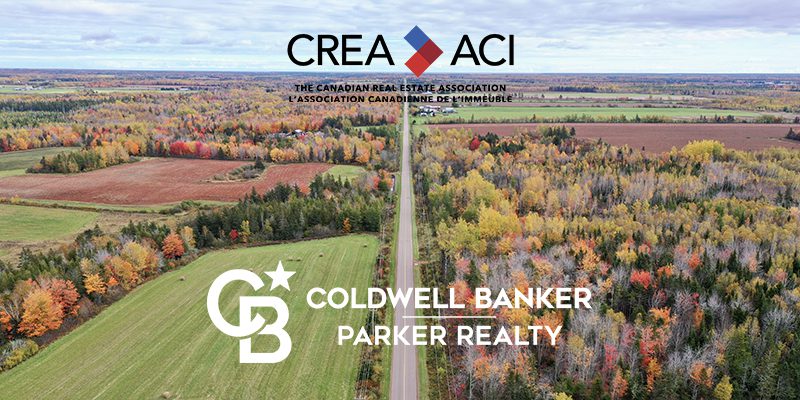